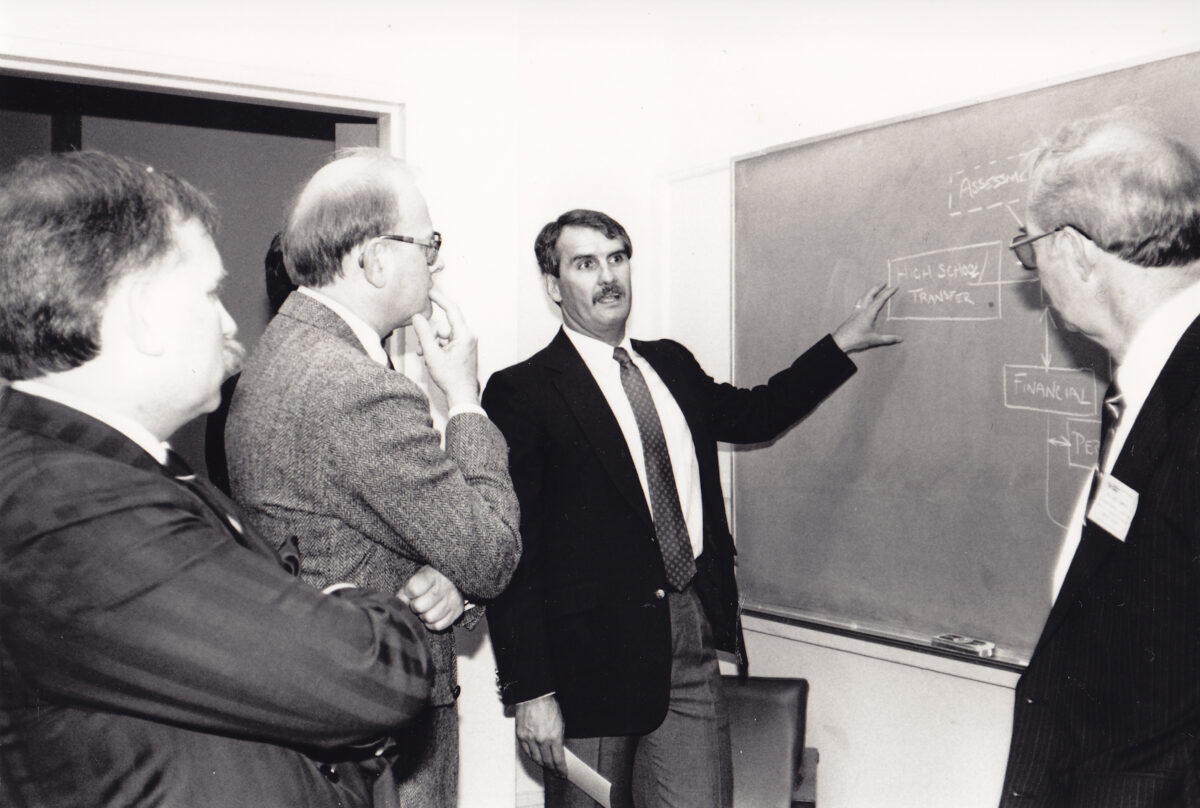 Through his leadership and focus on student success, the college saw the expansion of assessment, educational advising, financial aid, registration, and library services. Lou was dedicated to advancing student success, and built the Camosun College Student Services to advance this goal.

“Lou’s strategic leadership abilities and his interest in the role of the college and how it serves its communities – especially students – have been crucial to our success,” said President Dr. Liz Ashton at the time.

Originally from Sydney, Australia, the athletic Lou earned his PhD at the University of Calgary while playing rugby for Canada. He began his career in public education, moving from secondary school teacher to educational researcher to senior administrator.

Lou’s career at Camosun gave him a diverse array of leadership responsibilities including instruction, instruction support, student services, ancillary services and facilities management. Lou and his family were elite athletes, and he was instrumental in the launch of the Camosun Chargers intercollegiate athletics teams in 1994.

Over the years at Camosun, Lou undertook several overseas projects, including time in Jordan to help the Government of Jordan reform its technical/vocational education system.

In 1995 – 1996, Lou was seconded as Special Advisor and Acting Chief Executive Officer of the B.C. Labour Force Development Board. The Board’s primary function was to give strategic advice to the Minister of Education, Skills and Training on the future development of B.C.’s labour force.

In 1997, he was appointed by the Ministry of Education, Skills and Training to the Private Post Secondary Education Commission which is responsible for regulating all private post secondary educational institutions in the province.

In October 1997, Lou accepted the position of President of North Island College based in Courtenay, where he served for 12 years until retirement in 2009. After almost 45 years in Western Canada, Lou and his wife Paula moved in retirement to rejoin family in Australia, where he passed away in 2018.

Dr. Lou Dryden made a lasting contribution to the colleges on Vancouver Island.